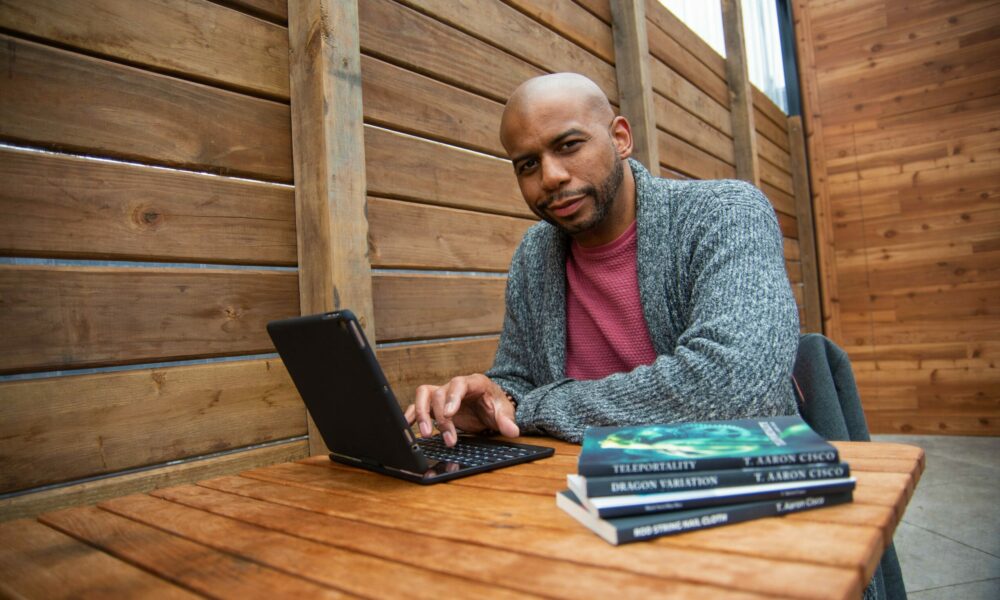 Today we’d like to introduce you to T. Aaron Cisco.

Hi T. Aaron, please kick things off for us with an introduction to yourself and your story.
I have a strong aversion to passivity. The iconic Toni Morrison has a beautifully poignant quote that sums up my entire outlook- not just to writing specifically, but to every endeavor- “If there’s a book that you want to read, but it hasn’t been written yet, then you must write it,” I don’t write because folks say I can’t, but rather because I can’t not. All of my work, fiction and non-fiction, is driven by what I haven’t found, or rather what I haven’t seen enough of. I used to complain about the lack of compelling, multifaceted, non-white/non-male characters. I used to be disheartened by the seemingly narrow confines that restricted what and how stories could be told. But complaining is boring. It’s a waste of energy. It’s passive. And like I mentioned before, I’m not keen on passive. I didn’t want to complain, I wanted to create.

I have an inbox folder filled with dozens of rejection letters (maybe over a hundred by now) from publishers, literary agents, editors, and book reviewers stretching all the way back to my first book. Most of them are boiler plate “thanks for submitting your query, unfortunately…yada, yada, yada, best of luck and all that cal…” and some are one-sided dialogs, just my lonely unanswered query. And then there are some that seemed to have gone out of their way to tell me why I can’t, and shouldn’t, pursue writing as an endeavor- usually based on my race and/or the race of my characters/subjects. It got to the point where I considered giving up. After all, the definition of insanity is repetition with expectations of variance, and I’m not insane. If 100 different agents and publishers didn’t dig my writing, then that sends a pretty clear message, right?

As I began to find ways around the traditional avenues, I began to notice that the old guard was just that- old. The responses from readers were positive. The feeling I had from writing and releasing was positive. You know the old adage about a tree falling in the woods with nobody around to hear it? The answer to that cliche is simple. If a tree falls and nobody is around, who cares? The same with creative expression. If I write something, and the traditional avenues don’t want it, then who cares? As long as it’s being read and enjoyed that’s what matters.

I would describe my work- both fiction and non-fiction, as singing the songs of the unsung as loudly as possible. My goal is to amplify the forgotten and ignored, and to shed a light, no matter how small, on people, perspectives, themes, and narratives, by creating works that defy stereotypes and disprove and disrupt prejudicial preconceptions. You know how painters work with a full palette? That’s what I try to do with my writing. Whether it’s my sci-fi short stories and Afrofuturism novels, or nonfiction articles and interviews, I provide “the additional” and “the other.” I don’t do that to be different, or rather, I don’t do that just to be different for different’s sake, but to make sure that in our multifaceted society, every facet, or as many as possible, get a chance to be seen, heard, or at the very least, recognized. Writing is an endless, everlasting, and universally relatable form of expression. I want my work to connect as many folks as possible. If one person says they like something I’ve written, and another person disagrees, the simple fact that they both read it means they have something in common. That commonality may be miniscule, but that sliver of similarity remains. And this awkward nerdy kid from Chicago has done a tiny part in bringing people just a little bit closer.

Alright, so let’s dig a little deeper into the story – has it been an easy path overall and if not, what were the challenges you’ve had to overcome?
So, this is somewhat of a tricky question. What I would consider challenging someone else may consider easy or just mildly annoying, so when it comes down to it it’s kind of a matter of perception. From my point of view, sure, I’ve had a hard time getting my fiction work my Afrofuturism out to the public via the traditional avenues, and a lot of that push back, the biggest hurdles so to speak, were based on things outside my control, and things that really shouldn’t have been an obstacle in an ideal situation.

When a literary agent tells me that Black people don’t like science fiction, or that fantasy stories with non-male protagonists don’t sell, or that a story has to be structured and packaged a certain, singularly specific way to be accepted by readers, that’s challenging- and frustrating, and infuriating. But I also understand that in terms of obstacles, from the big picture point of view, it’s less a roadblock and more of a pothole.

The way that certain industries are maintained is through the gatekeepers dictating and deciding what is and isn’t appropriate marketable interesting good and what have you. But more and more these gatekeepers, and the historical way they’ve been operating, is diminishing. It’s a lot easier than it would have been just a few years ago to circumvent these gatekeepers, there are so many more options to bypass the middlemen and provide content directly to audiences that not only disprove their narrow view of what is and isn’t marketable or hip or groovy or whatever, but also makes their disapproval obsolete.

I also try, when looking back to keep a state of observant awareness. It was not that long ago that getting past the gatekeepers was the only way to get your work out there. It wasn’t that long ago that someone who looked like me was barred from participating at all, or when allowed to participate, had to hide behind pseudonyms, and/or settle for far less compensation and recognition. And it’s only because of the relentless tenacity, bravery, and unflappable ambition of amazing people that came before, that allow me to even be able to consider pursuing these endeavors.

So, when I think about the challenges I’ve faced, or start to feel disappointed or frustrated, I temper those feelings by thinking of how much worse it could’ve- and almost certainly- would’ve been, and that helps to keep me focused. If they could overcome massive and blatant adversity like that, not only can I definitely get through whatever is irksome now, but I also owe it to their legacy, to keep on pushing.

Thanks – so what else should our readers know about your work and what you’re currently focused on?
I’m probably best known for my work in contemporary Afrofuturism and science fiction. I write stories that familiarize the unfamiliar, but try to balance that by taking things that are well-known but examine them from an unknown or unorthodox perspective. I’ve always viewed the best speculative fiction as stories that use fantastical settings to make commentary on present day issues. In my experience, people tend to be more receptive to hard issues and uncomfortable questions, when they’re presented via allegory or symbolic representations of those issues.

For example, the overwhelming majority of my books feature strong, non-male lead characters, but I wouldn’t say that I’m a feminist author. I believe that gender identity has no bearing on an individual’s abilities, intellect, or talents, and I prove my beliefs through the characters I write. When I was growing up and still now as an adult my favorite superhero of all time is Wonder Woman. Now, my parents never sat me down and said men, women, and everyone in-between, are equally important and equally valid and should be treated as such, I just knew that I liked Wonder Woman stories and because I liked those stories it didn’t make sense to me that a woman couldn’t be just as if not more so than anyone else. I was (and still am, and always will be) a huge fan of Star Trek and Doctor Who. Nobody gave me a pamphlet or enrolled me in a class to learn that people should be not only treated with respect, that folks should be only tolerated because of their differences, but instead because of my fandoms, I believe that all people deserve respect, and should be accepted in spite of those perceived differences.

I think when readers seek out T. Aaron Cisco books, what they’re looking for is that engrained sense of identity and equality as a given. My characters don’t need to prove their merit, or that they can do just as well as a white, male, or white male protagonists, because the stories are presented where that’s just a given. In my first book Teleportality, of course, Billy is a stone-cold badass. They don’t have to explain that even though they present as a woman, they can still tear you apart, they just tear you apart, because it’s Billy and that’s who they are. In my latest book, The Unbanished, there’s no question or doubt around whether Orianne is a formidable warrior. Sure, she’s young, and she’s a woman, but she’ll outsmart, outlast, and out-fight her adversaries, because that’s who she is. It’s kind of like the idea of a Black CEO. It wasn’t so long ago that that was unheard of. Like finding a dinosaur fossil in the backyard. It wasn’t impossible, and had happened, but it was so rare. Now, it’s still not as commonplace as it could/should be, but it’s not this unfathomable concept either.

And I think that’s what my readers enjoy. My characters and stories are presented as a given. It’s expected that they’re awesome, and the fact that they aren’t part of the status quo, has no impact on that fact.

Do you have any memories from childhood that you can share with us?
It’s not really a single incident or moment, but rather the environment that was fostered. The exploration of interests my parents created is definitely my most cherished recollection. They introduced me to Alexandre Dumas and Star Trek and Doctor Who, and were supportive of fandoms that I came to on my own. Even when it was for properties they didn’t fully get on board with, they were passionate about not dampening my passion. Their attitude and approach sticks with me to this day, where interests and fandoms are about celebrating and enjoyment, not diminishing and deriding. 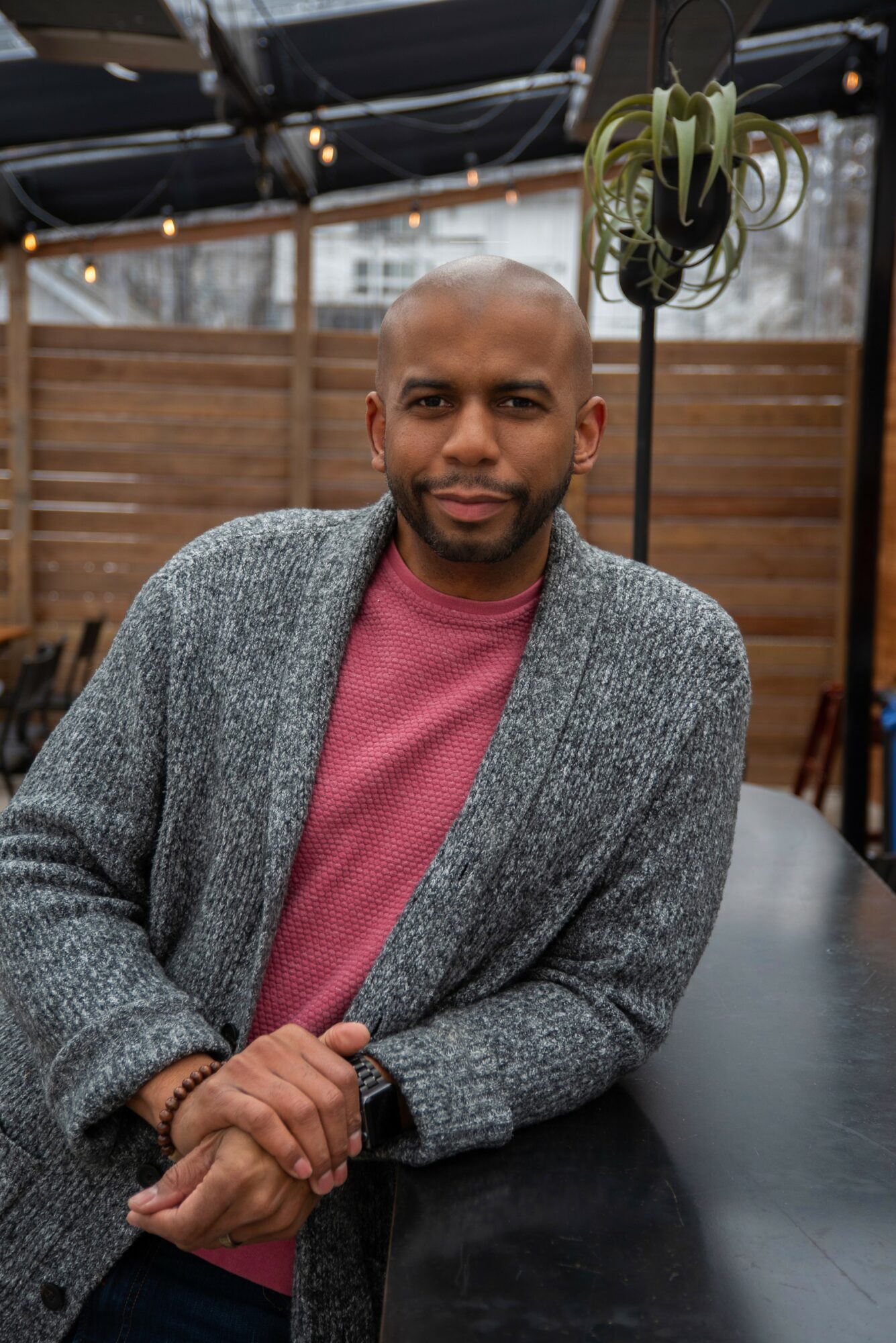 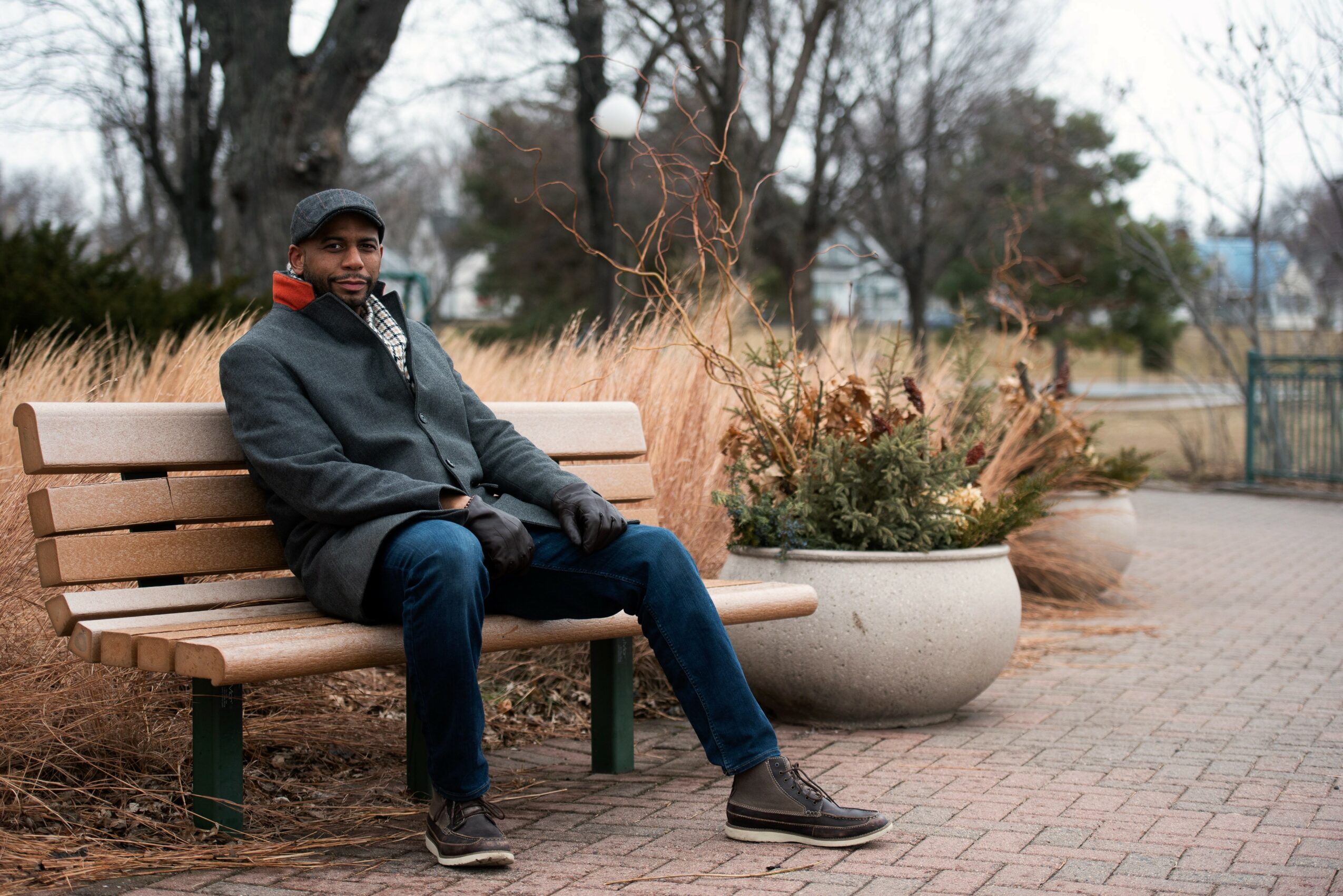 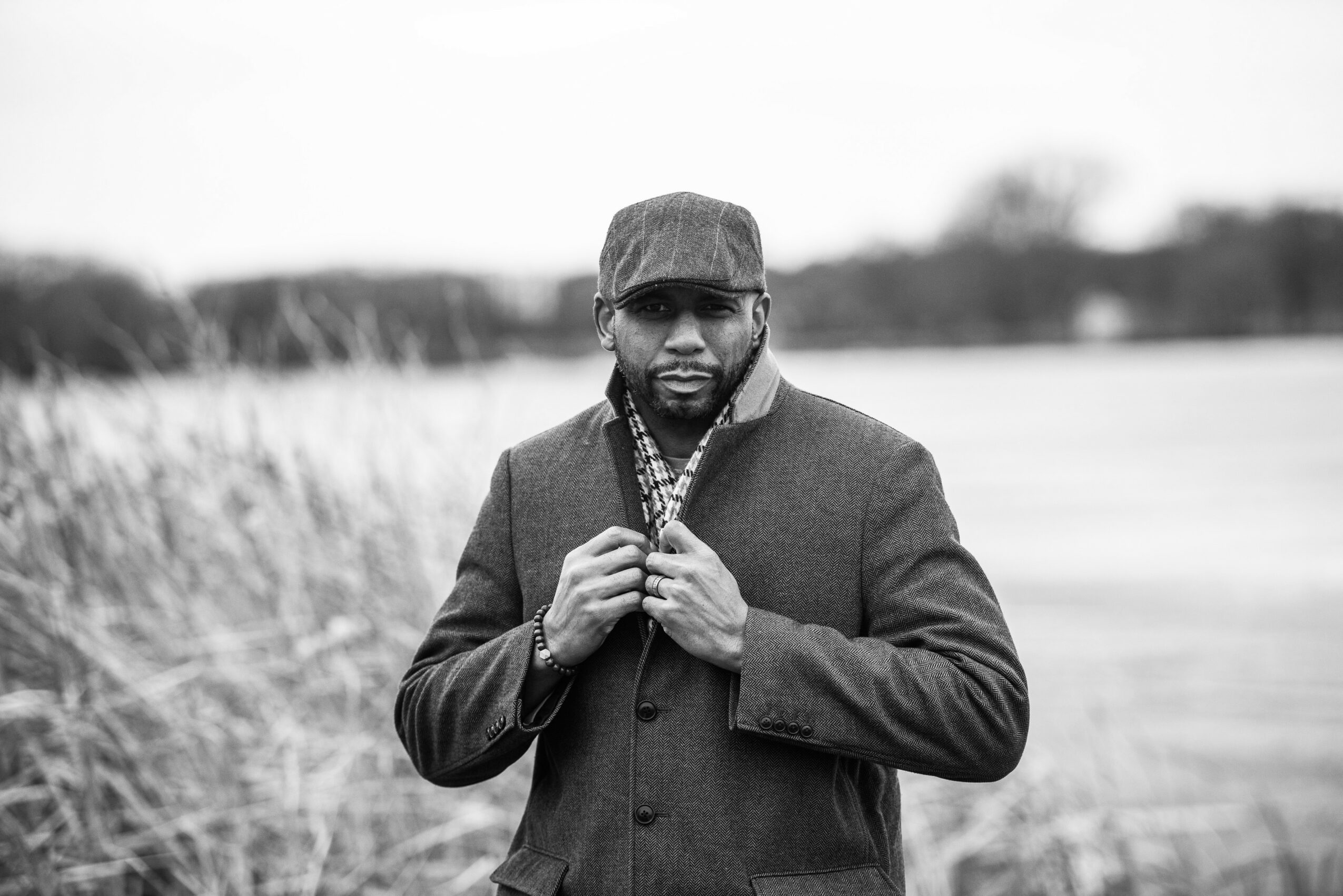 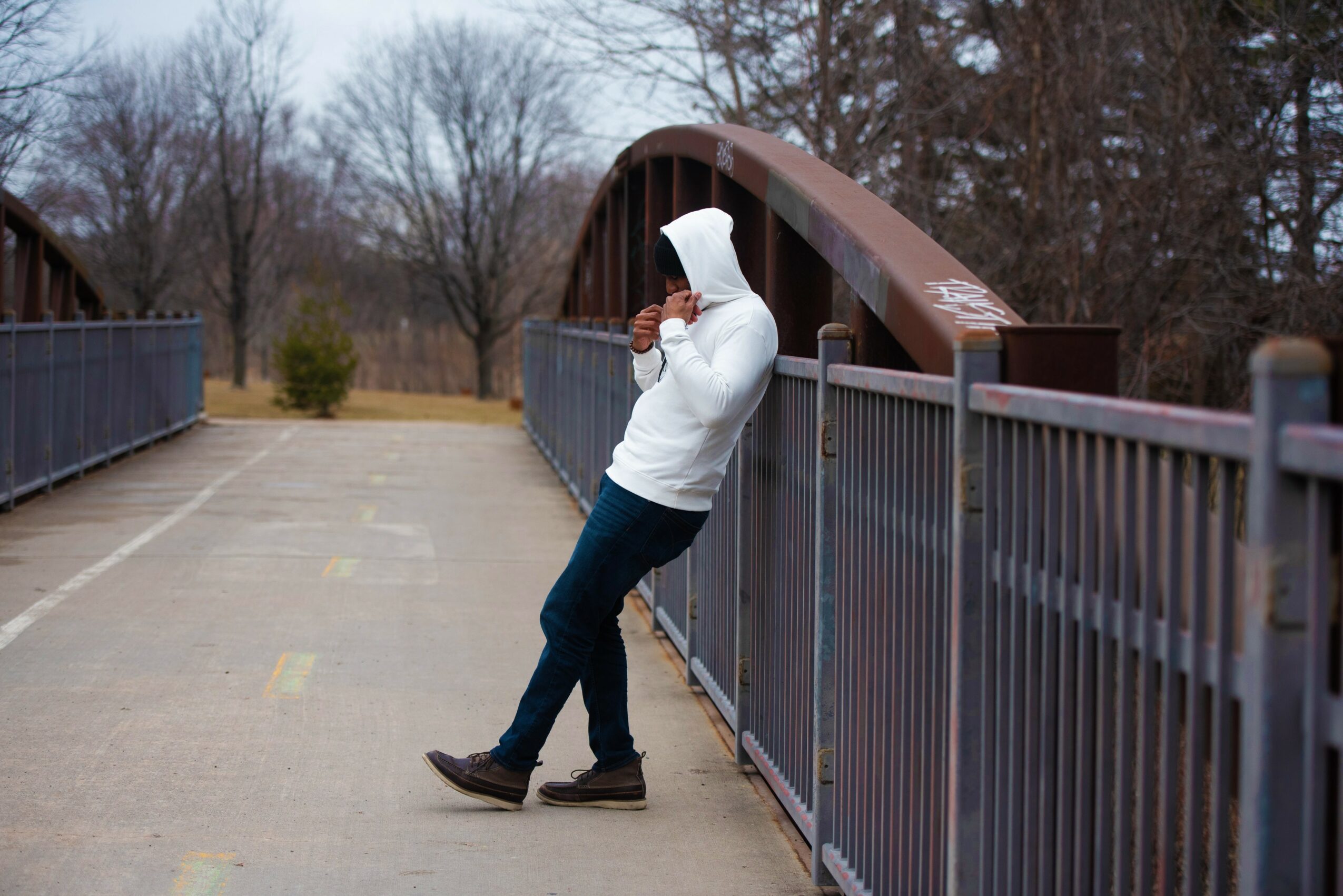 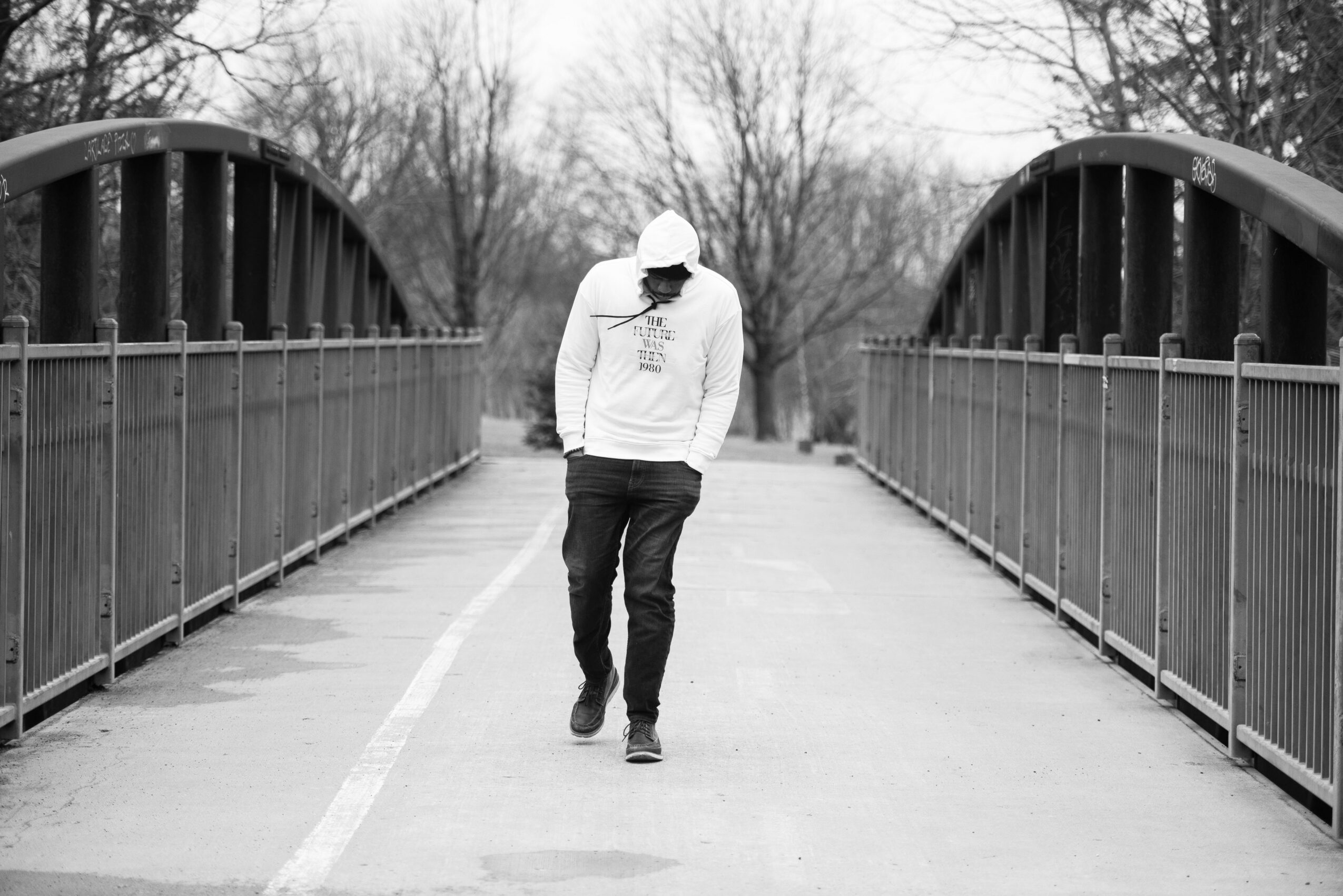 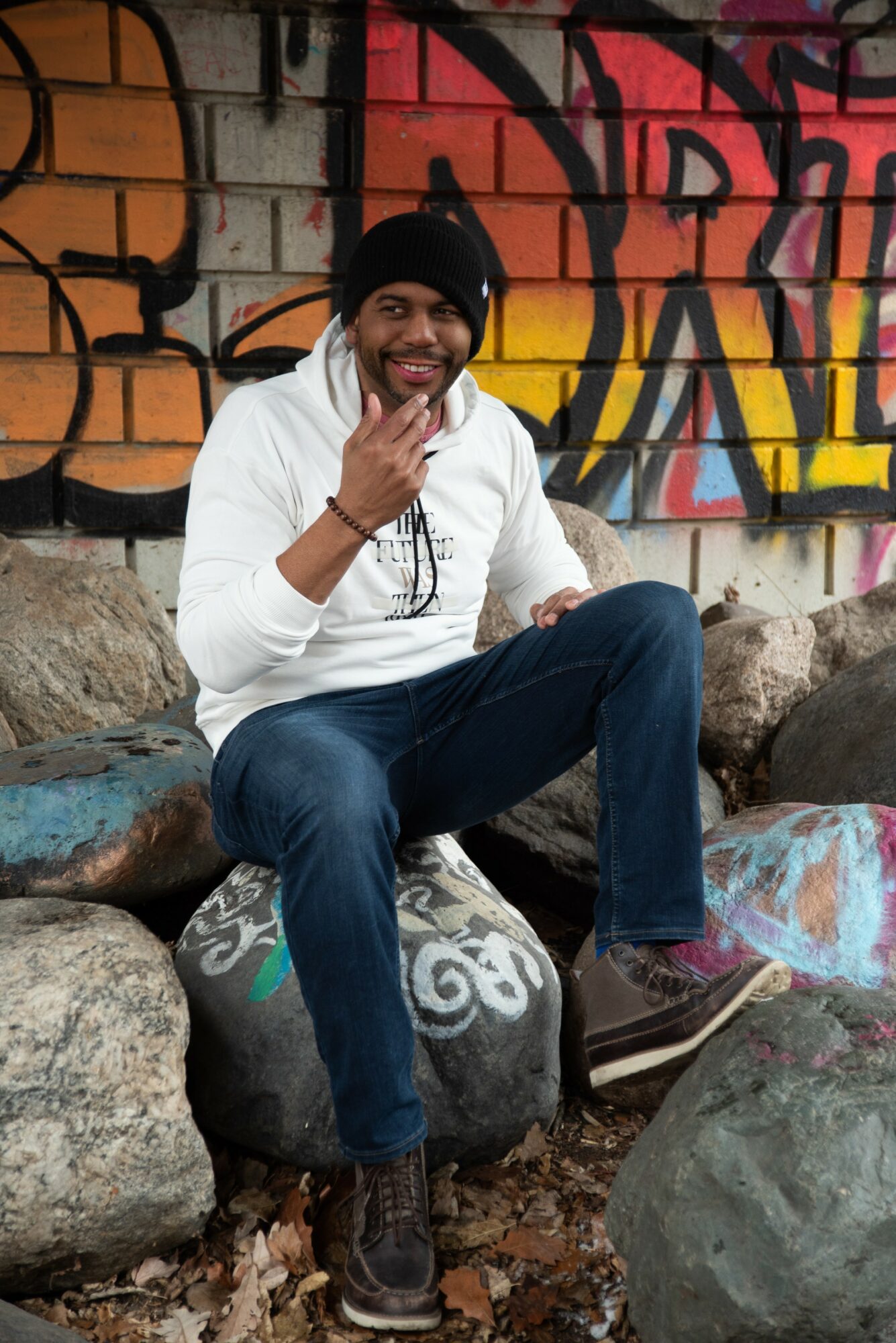