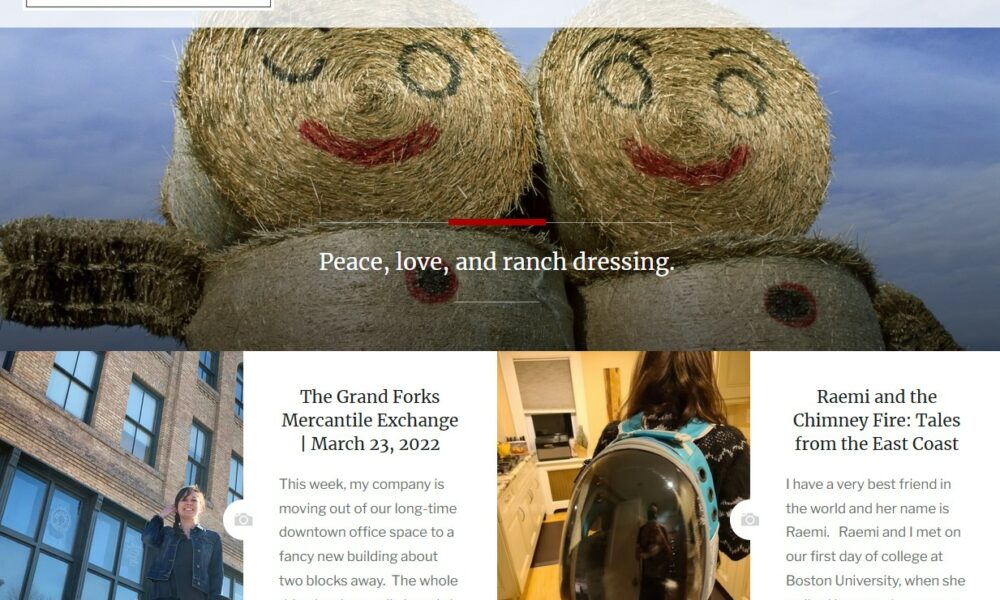 Today we’d like to introduce you to Amanda Silverman Kosior.

Hi Amanda, it’s an honor to have you on the platform. Thanks for taking the time to share your story with us – to start maybe you can share some of your backstory with our readers?
We all talk about hidden gems – how it’s worth leaving the beaten path to check out this special park or that hole-in-the-wall restaurant – but I have always felt that the entire state of North Dakota is one big hidden gem. North Dakota is filled with kind, hardworking, humble people who are fine with quietly living well; I’d liken it to a neighbor who secretly and anonymously drops off a basket of groceries when you need a helping hand. I started my blog, North Dakota Nice (NorthDakotaNice.com) to share the “hidden gem” stories of what it’s like to live in our state.

Over the past year, I have expanded those third-person stories to include short essays on my own life as a (hockey, working, weirdo) mom in North Dakota. I post those stories, along with news articles of North Dakotans doing good, at least once a week on the site. I also have an email newsletter that goes out every Wednesday which aggregates the content of the week.

Can you talk to us a bit about the challenges and lessons you’ve learned along the way. Looking back would you say it’s been easy or smooth in retrospect?
In all honesty, the greatest obstacle has been me. North Dakota Nice has always been my hobby (and not a job), and so it took a bit of practice to find a cadence of time within my life to make it work. I also had to overcome quite a bit of anxiety to start sharing my own stories. I still have periods of anxiety and “Why am I doing this”-ness, but I am fortunate to have a great readership who keeps me going with their comments and letters.

Appreciate you sharing that. What else should we know about what you do?
I think the best way to talk about my work is to share a story about my writing process. This was published in April 2021, and is entitled, “The Write Stuff:”

My son lost his confidence for a moment last weekend. Unfortunately, confidence isn’t something that you can find by shining your phone light under the bed or replace with a quick run to the store; and so it took Kyle and me a while to figure out that his lack of confidence was directly tied to a complete and utter lack of having fun. Once we filled up his fun, he found his confidence.

If you know me in real life you know that I have an overflowing abundance of confidence. (I also have an equal amount of anxiety and other crazypants issues, but that’s another thing.) I have so much confidence that it often gets in the way of life – like when I took my coworker on an unnecessary hour-long midnight joyride through the country because “we don’t need a GPS, I know where I live.” Or like the series of events leading up to the first story I wrote for North Dakota Nice.

You know how some families have a surprising number of doctors or athletes or undersea miners? My tree is filled with writers. My mother, for instance, is working on her seventh book. Her mother taught memoir and anecdote writing at New York University for thirty years; and, starting when I was three years old, would call me on Sundays so that we could craft a story together. I was given a typewriter when I was around nine, and after that our Sunday calls were used so that my biggest fan could heap praise on my many short stories (100% of which starred me as a fairy princess).

When I was twelve, I wrote a novel, entitled Kidnapped! In Kidnapped!, a class of sixth-graders was forcibly taken to a luxurious mountaintop island mansion, where their opportunity for freedom was placed in the hands of a plucky classmate tasked to teach them all manners and dialect. I described it as “My Fair Lady meets Sweet Valley High, an instant bestseller!” in the five query letters I sent to actual real-life publishers. Bless their hearts, all five responded with “Great job, keep writing, no thanks.”

I took their advice to heart and, for the next six years, kept writing. While Kidnapped! was more of a thriller/romance – the most detailed scene was one in which the protagonist gets to kiss a boy with an uncanny number of similarities to my real-life crush – my favorite topic was silliness, either in content or in voice. A cow that goes “Oom.” A supernatural teen with hands of fire who accidentally burns her boyfriend in the butt during a slow jam at a school dance. A fairy (probably princess) whose wings keep falling off. And hundreds of anecdotes about getting braces and forgetting my bloomers for my dance team uniform and accidentally burning my boyfriend in the butt with my fire hands while dancing to “Lady in Red.”

But then came college.

In pursuit of a degree in Communications, writing went from “fun pastime” to “egomaniacal lifestyle.” I lived on the Writer’s Corridor, took creative writing courses, and worked on an English minor. All of my dormmates, classmates, and library mates were very serious about making their names in very serious hard-hitting journalism and very serious dramatic debut novels, which they expected would literally and physically and metaphorically change humanity (very seriously) forever.

Naturally, I, too, immersed myself in very serious writing. Forty-one-year-old me will tell you my best college piece was a Patton-esque speech on the why pineapple belongs on pizza (“Men, a tomato is also a fruit.”), which I wrote as a joke while studying for an exam. My twenty-one-year-old self, however, was absolutely 100% confident that my Pulitzer Prize-worthy retelling of the Flood of ’97 (if you’re looking to roll your eyes out of your head do I have the story for you) was the direction my prose needed to go. Nevermind that I, the girl who also typed up a tale about a king who goes on a quest to fix his broken-down hot tub, was absolutely terrible at literary (serious) writing.

After graduation, I was so confident that I needed to be a serious novelist that I wrote the first paragraph of what would be my premiere novella and decided I would not pen a single additional letter for any other piece until it was complete.

For the next sixteen years, I labored under that stupid story. I say it was stupid because 1) it was stupid, and 2) I had absolutely no interest in writing it. The premise was this: A man refuses to finish his highly-anticipated first novel until he comes up with the perfect final line of dialogue for his protagonist. He ultimately dies having never completed it; and when his friends go to publish it, they do a quick read-through and realize it’s complete garbage.

Did I recognize any hint of coincidence between my own life and this story? No. Instead, I dragged myself, like a traveler lost in the desert, through every word.

My grandmother would see me banging my head against the keyboard and would suggest a quick writing exercise to get my creative juices flowing. Always, I would knock out something silly, like an elderly woman who breaks up her church group after someone suggests she make her hot dish with sodium-free cream of mushroom soup instead of regular.

“Maybe you should write more of what you enjoy,” my grandma said after one such occasion.

“George Orwell said that writing a book is a horrible, exhausting struggle,” I said.

“A PUBLISHED wacko,” I reminded her.

Anyways, one night in late 2018, I had finished reading all of the local newspapers for North Dakota Nice and pulled out the notebook for my stupid story in order to bleed a little bit onto the pages before bed. Nothing was coming to me, so I set the notebook aside and decided to do a quick writing exercise about two of my favorite subjects: North Dakota, and me. I wrote for three hours – time flies when you’re having fun – and after I finished I posted the completed writing exercise on the website and threw my stupid story in the trash. I’d never been so confident about a decision in my life.

How do you define success?
Man, I dunno. I’d probably rather define “Peace” over “Success.” I think Peace is knowing you are where you are meant to be in that specific moment. 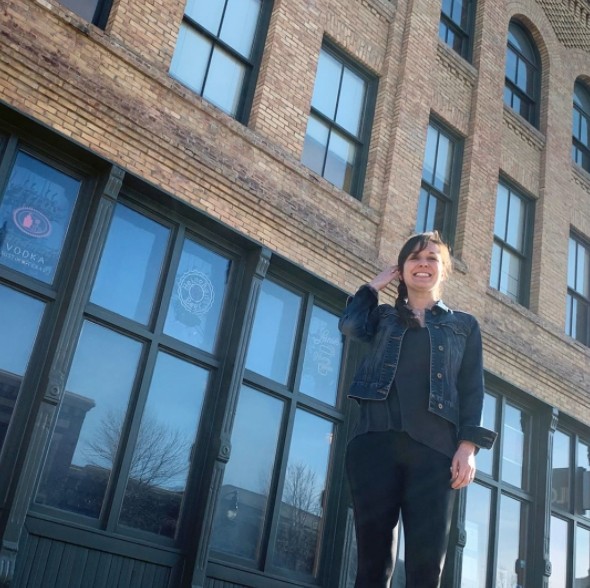 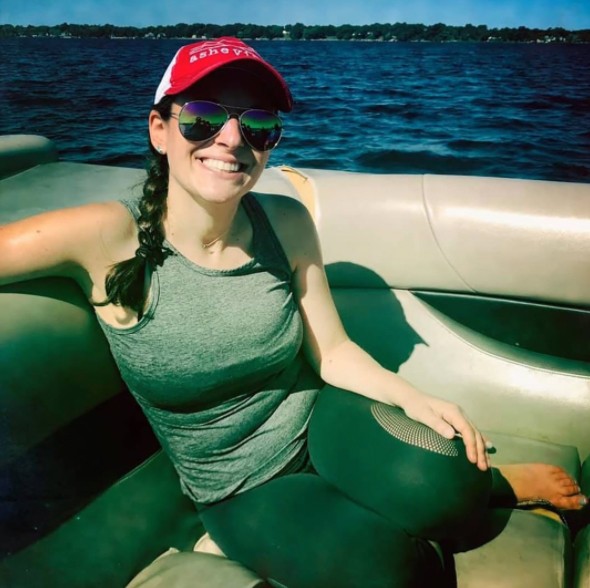 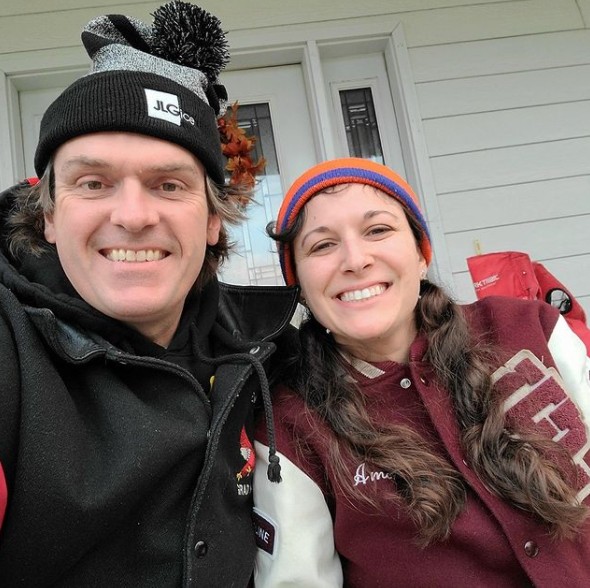 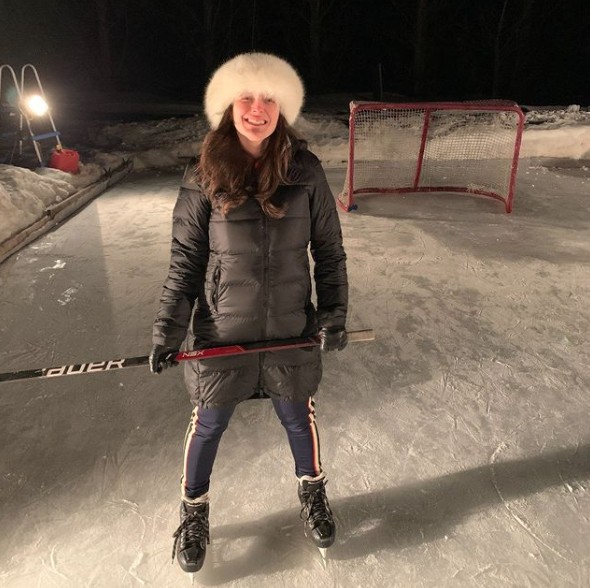