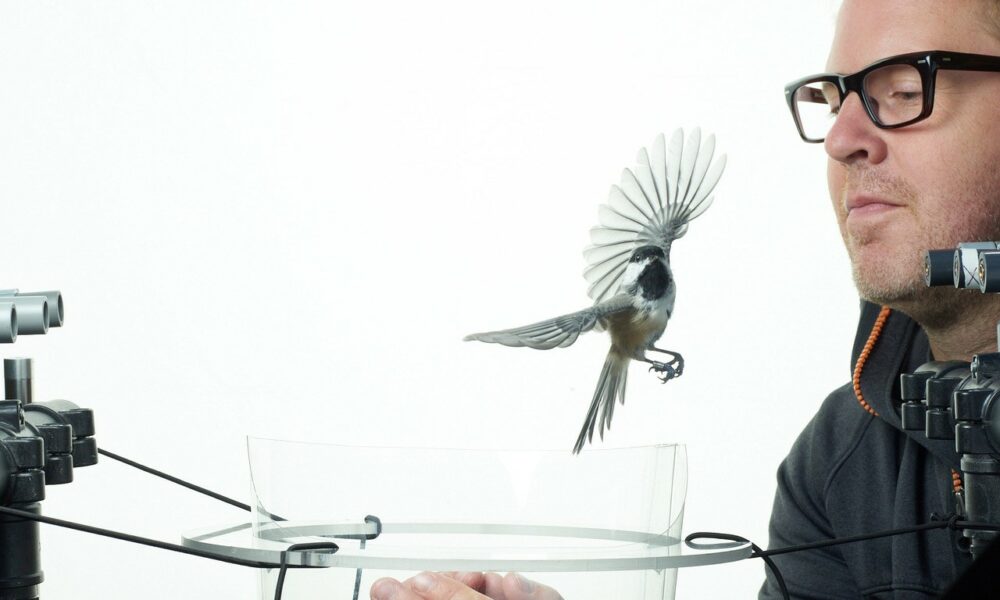 Today we’d like to introduce you to Paul Nelson.

Hi Paul, thanks for sharing your story with us. To start, maybe you can tell our readers some of your backstory.
Since 1999, Paul Nelson has been a highly regarded Minneapolis-based commercial photographer. Specializing in conceptual studio work, he has developed problem-solving skills, innovative lighting, and sound post-production methods that add up to a clean vivid style with arresting visual impact. Past projects include campaigns for Target Corporation, Best Buy, FedEx, Marvin Windows, Pfizer, Sprint, and more.

Wild Birds Flying is his personal venture. It was born of a love of birds, an appreciation for uncluttered depictions, and a belief that beautiful images are as close as the backyard.

Inspired by John James Audubon’s prints among others, Paul’s inventive photographic techniques replace the 19th-century pen and watercolor representations. His highly detailed, split-second images against a pure white backdrop reveal every feather, flap, and glance, and offer the observer a rare, up-close viewpoint.

Paul and his wife Stacy have plans to expand their work to include documenting other subjects such as plants, flowers and insects. The approach will be similar, isolating the subjects to put all attention on the beauty of these things in our world.

Would you say it’s been a smooth road, and if not what are some of the biggest challenges you’ve faced along the way?
It has not always been smooth path. There are many challenges in photographing tiny songbirds in this way resulting in a high failure rate. The photographic environment is as controlled as it can be but factors out of Paul’s control make it very difficult at times. These challenges have been: low number of birds netted at some banding studies, weather such as high wind speeds, birds evading the laser trigger or slipping away un-photographed and focus problems and birds getting out of frame due to bird flight speeds etc.

As you know, we’re big fans of you and your work. For our readers who might not be as familiar what can you tell them about what you do?
I have always tended toward isolating a singular subject. One of my specialties being beautiful lighting, I strive to give each feature attention: The transparency of an object (a birds wing), the subtle details in a dark object or the light tones in a white one (black or a white feather) describing the surface texture or surface of an object whether it be shiny or matte (a birds eye or detail of the feather structure). These visual descriptions involve producing a good image with camera and lighting then edits to further refine the particular characteristic.

Can you tell us more about what you were like growing up?
I loved the outdoors as a kid. I have 2 brothers and a sister and our family vacations were primarily spent camping, fishing and skiing. We all still love the outdoors! Riding my bike, playing baseball and soccer were also favorite pastimes.

I am the youngest of four and we all generally got along well. My brothers and I battled often but we always reconciled quickly and before long we would be tromping around the neighborhood or playing in the swamp across the street. We loved making models (aircraft carriers, planes and cars) and making Super 8 films. Several films included action sequences in which our recently completed models were destroyed!

I was quiet but also social when I was a kid, and I haven’t changed in that way, so being a collaborative artist really suits me.

My wife Stacy and I have been collaborating for 25 years now. I also love meeting new bird banders and learning about nature through their eyes and experience. It has opened up my world in a way I never could have anticipated. 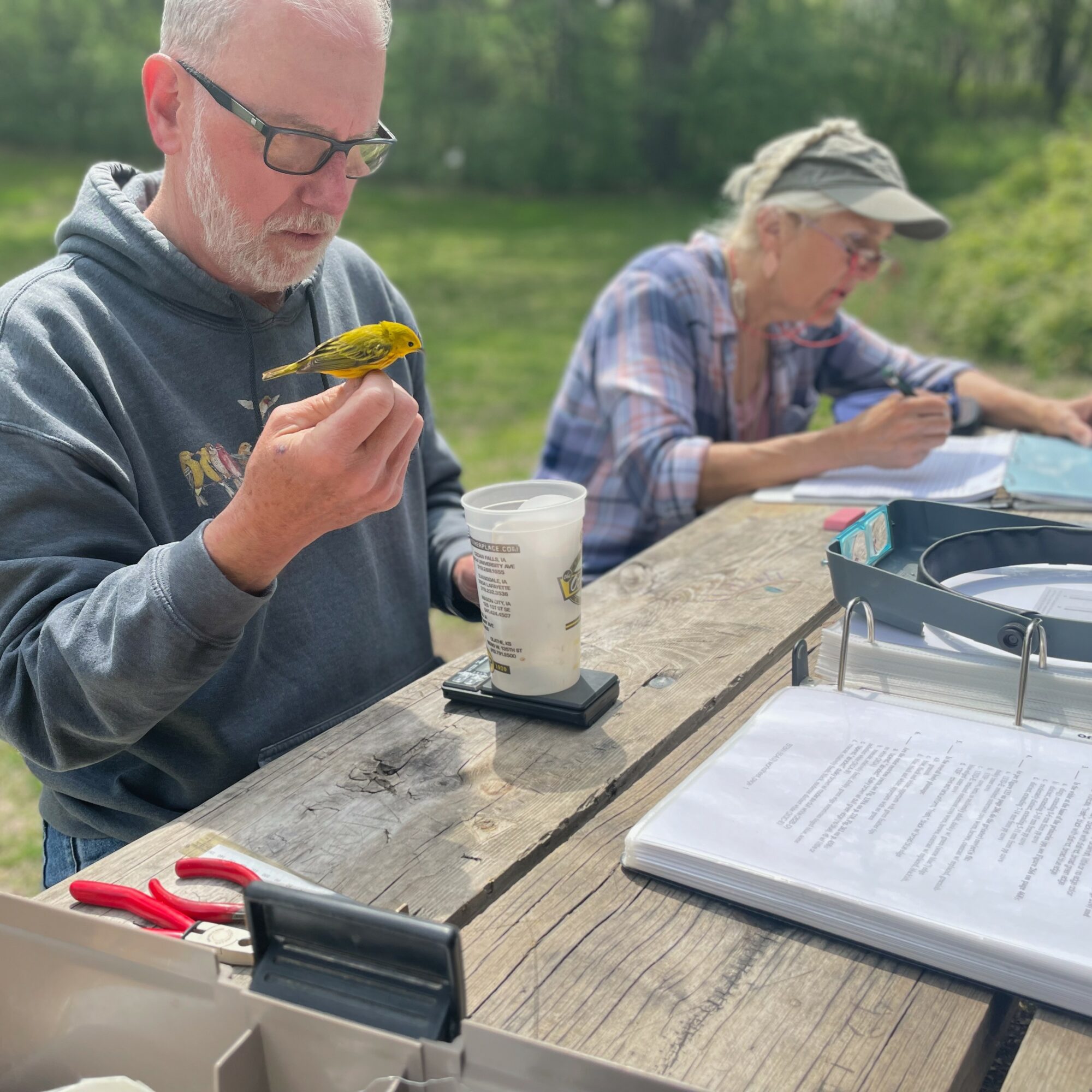 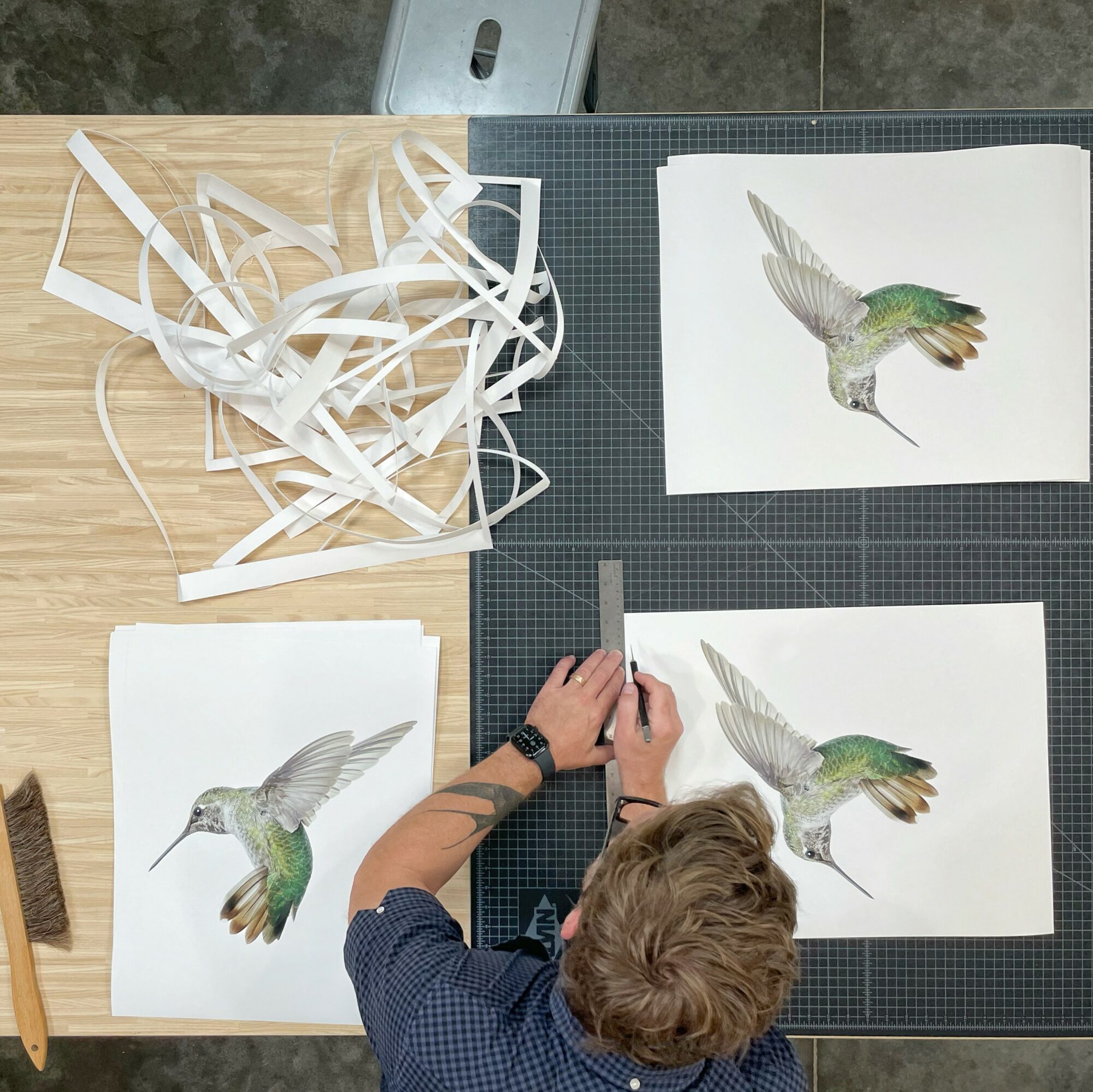 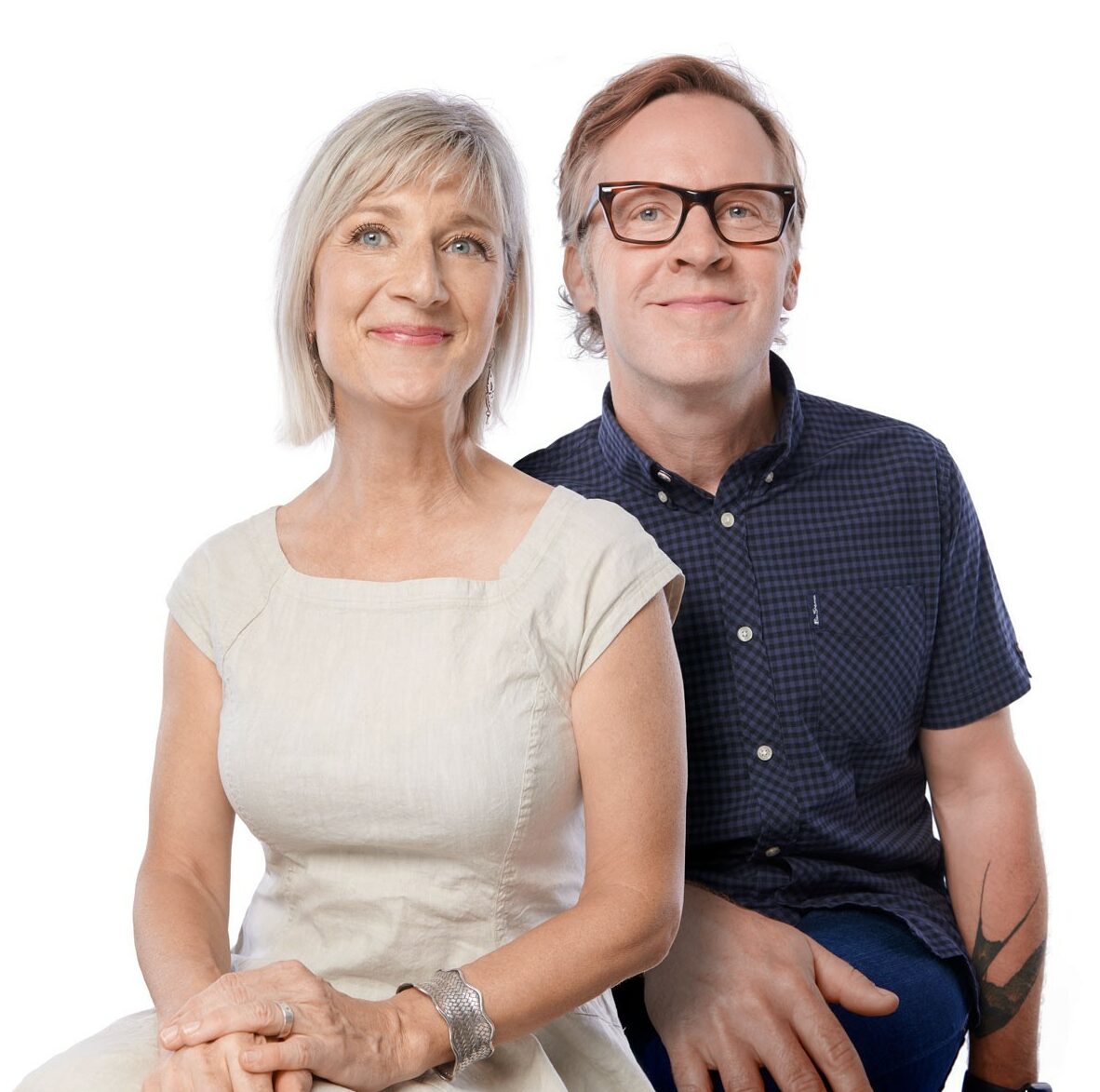 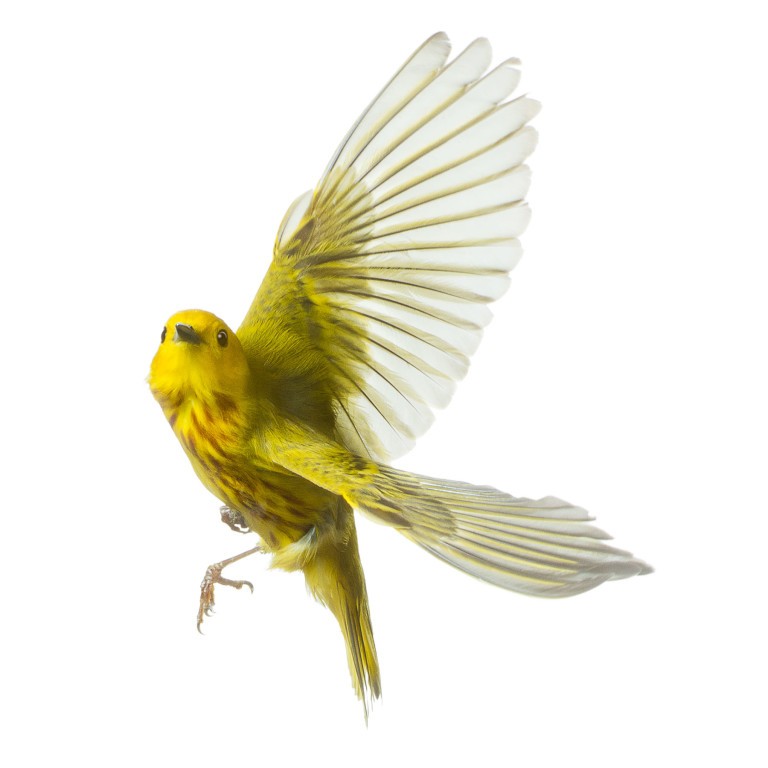 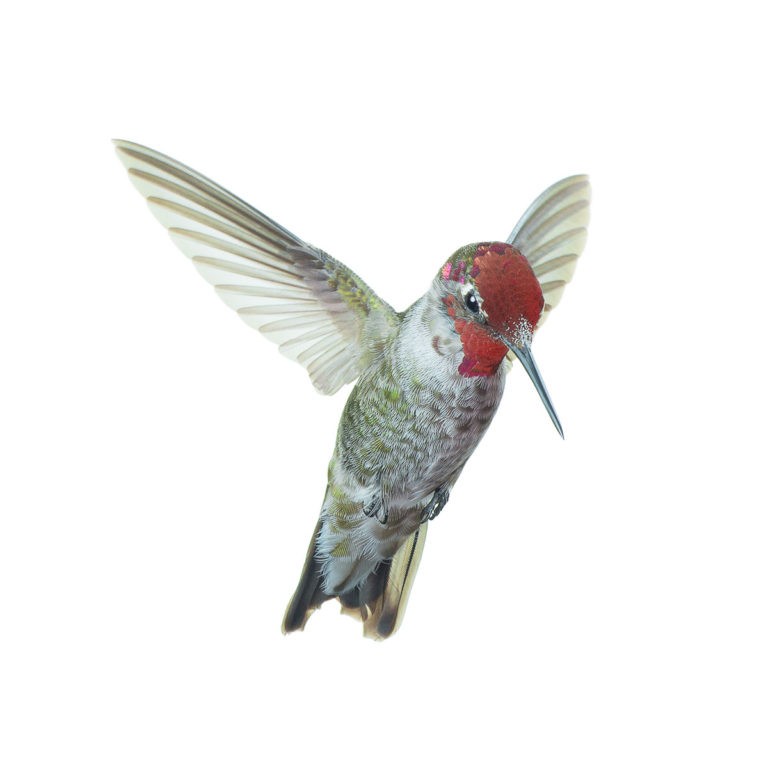 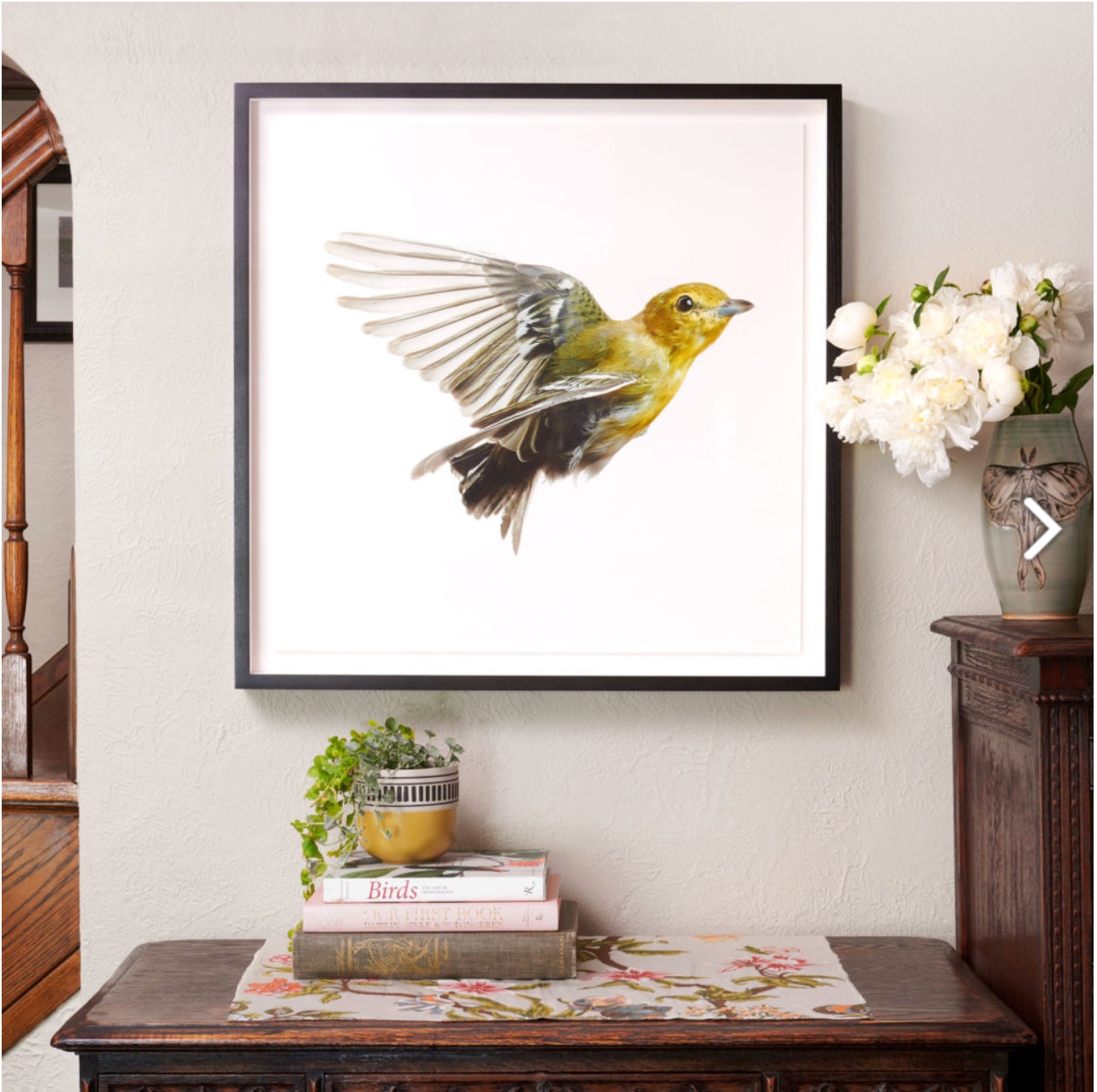 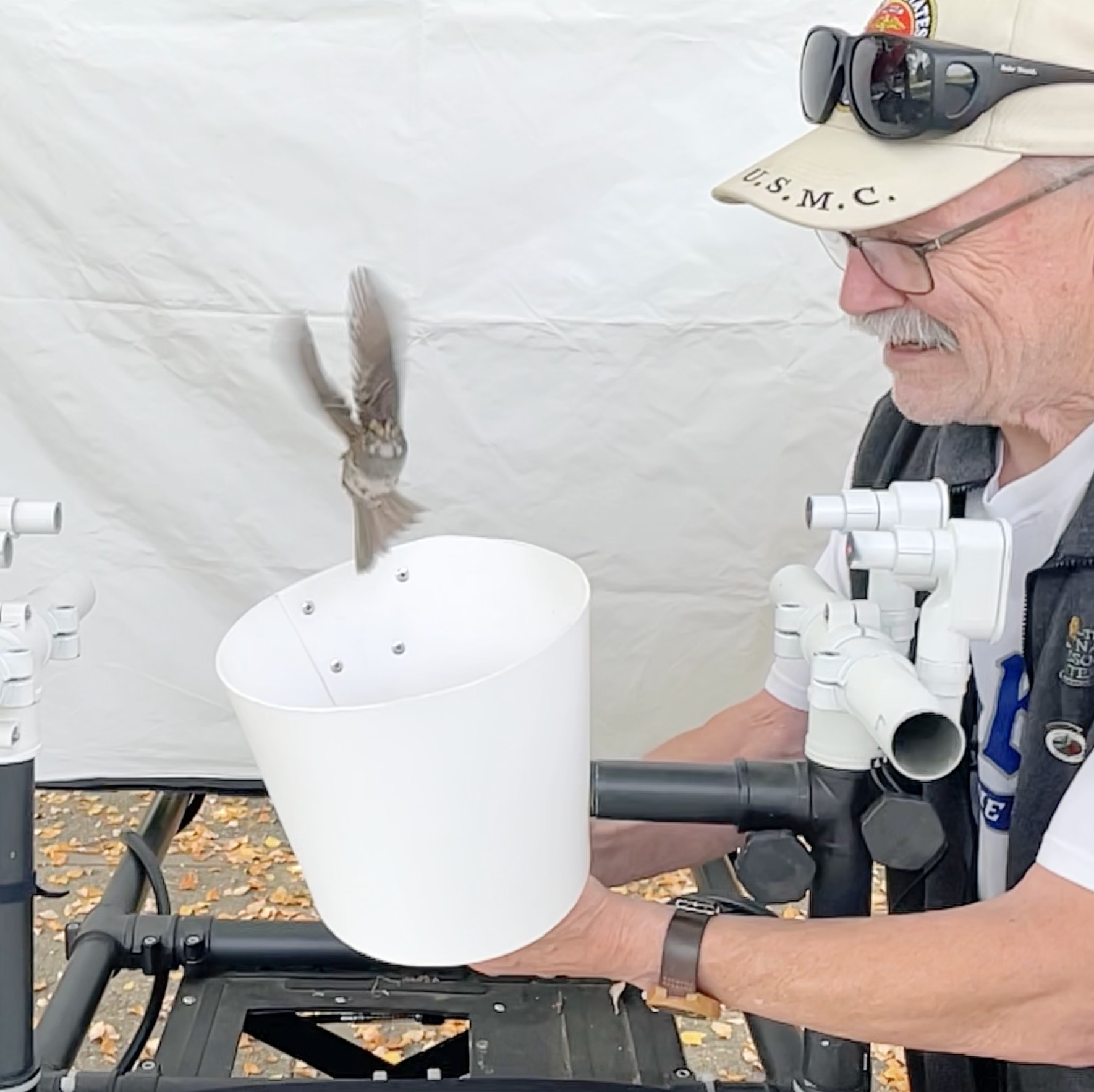 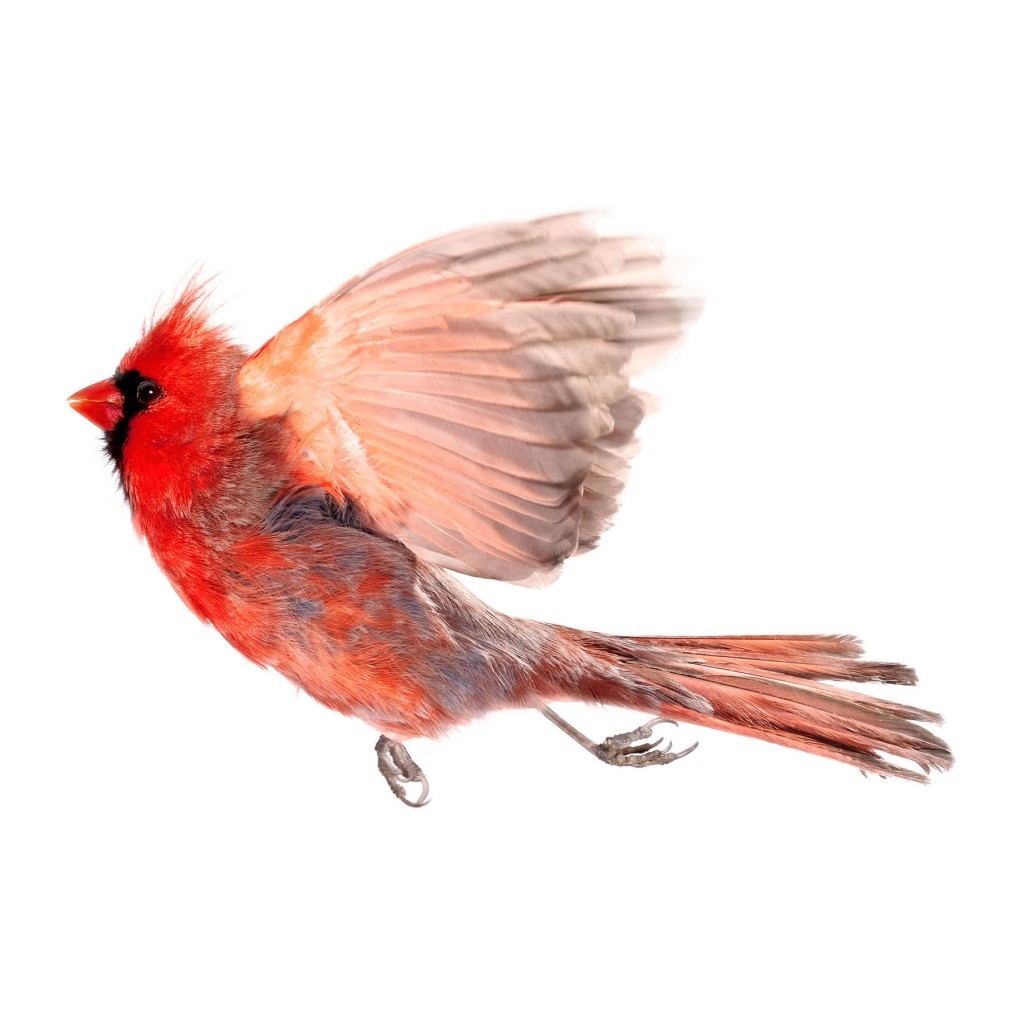